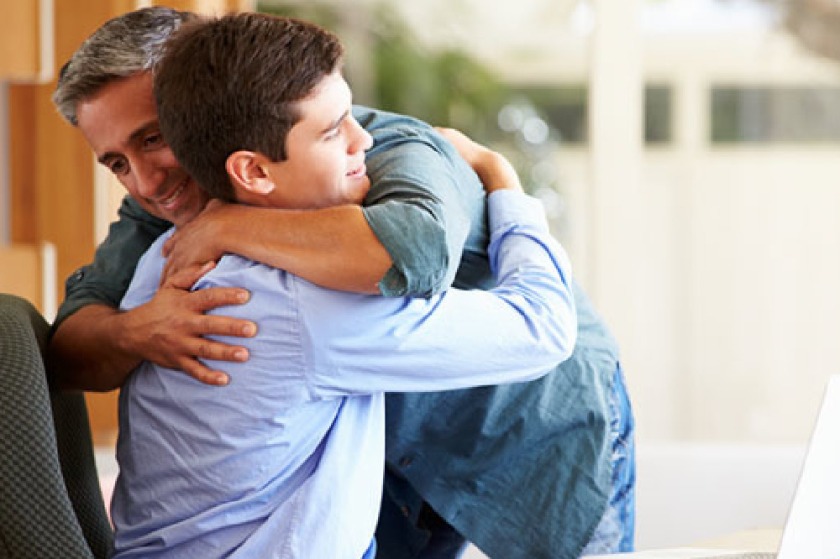 Today is my dad’s birthday, so I went to the cemetery to put some flowers on his grave.  His death has not been easy, and the breakdown he and I had 4 years ago makes it even harder.  It is one of the reasons that I write so much about forgiveness and patience.  We had a falling out from what I believe was a misunderstanding that got out of hand.  I lost my temper and said things I wish I could take back, all because it didn’t seem like what I was saying or texting were being understood.  After I blew up, my parents were mad at me, and made it clear through my brother, kids, and my friends that never wanted to see or talk to me again.

Over the years that passed I felt like I was trying to reach out to apologize.  My kids would always go over to visit them, which I did stop for a little bit, because my kids were coming back with stories that were not true, and I had proof to support it.  I would send my mom a birthday gift every year, and the gift I would get was to keep up with a tradition we started before our fight.  I got my dad a gift for his birthday about 4 weeks after our fight, and because it was from me, he sent it back with my kids.  Two years later I got him another gift, and he kept that one.  He did not make it another year, and he passed away on my 40th birthday.

When I went to the hospital he had already passed, and that was the first time I had really seen him in 4 years.  When I saw my mom at the hospital, we agreed it was time to put everything behind us.  Just to be clear, I was responsible for that fight, and I should not have lost my cool.  I just wish my parents would have accepted my olive branches and forgiven me before my father passed.  I don’t know what I could have done differently because I felt like I was respecting their wishes by staying away.

While I do not feel guilty, because I believe I did everything I could to patch things up.  It doesn’t change the fact that I wish I had a better last memory of my father alive.  All of the places I looked for what to do, really only addressed parent and grown children problems, from the child cutting off the parent and not the other way around.

I tell you this story, because if you are the parent of an adult child seeking your forgiveness, please do.  Because tomorrow is not guaranteed for any of us.  You may pass before patching things up with your child, or worse, your child may pass before you.  Unfortunately, time machines do not exist, and the only time you really have is now.  Leaving this world with anger on your heart is no way to go, so just let it go, what do you have to lose in rebuilding a bridge instead of leaving the rubble.  My dad is finally at peace, it just would have been nice to say “Hello” on last time.